Notes from the Director's Diary 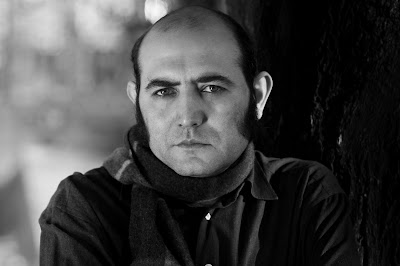 Negative Theatre is sick. She has an intensive sleeping problem, obsessive-compulsive disorder and a constant depression that she can never overcome.
Compassion! Is it a news in the newspaper that we read while having a delicious breakfast, sipping our coffee in our peaceful houses?
Negative theatre approach is first of all an attack to images of exploitation that are rooted in our mind. However, Negative Theatre attacks them poorly and desperately; and hence Negative Theatre humiliates and excludes the feeling of compassion.
Popular culture and mass media that are nourished by the capital and its “kindness” have imprisoned our actions by turning our actions into resources in the service of capital. So that these images sets human actions up just like a clock!
This system which we don't have to experience, but is presented as if there is no alternative to it, has put us in cells. And our world is surrounded by freedom-lovers and audiences who chew freedom-gum, but do not move a muscle for anything.
As Pophrishchin says “people are under the misapprehension that the human brain is situated in the head: No... it is carried by the wind from the Caspian Sea.” It is really the wind that carries our brains; our brains... that go wherever the winds take them.
By writing this story Gogol forever cursed those who are not excluded nor isolated from society. No one has heard Gogol's voice as haven't they listened Pophrishchin. And they loughed at both Gogol and Pophrishchin by helping them to be isolated and alienated from society.
Pophrishchin has never been to mental hospital nor has he been insane. He was rather childish. Mental hospital is nothing more than the cells which have imprisoned the brains of those who continue to think that they are sane.


Pophrishchin is closer to a child than a madman. He plays games like a child in every place he has been to; it is probably because he couldn't get rid of his childish spirit, or because he is obsessed with his memories of childhood. He demonstrates us what a useless thing to be an adult and how adulthood has gone into bankruptcy.