Ozgur Cinar is a director, actor, playwright and poet. He directed Gungor Dilmen’s I am Anatolia, Lope de Vega’s Madness in Valencia, Sheakespeare’s Much Ado About Nothing and Gogol’s Diary of a Madman, his own Multinational gRape Corporations. He performed the role of Tartar in Maxim Gorky’s The Lower Depths directed by Varlam Nikoladze; the title role in the short movie ZE directed by Kadir Koymen; the role of Poprishchin in Gogol’s Diary of a Madman and the role of Man in Multinational gRape Corporations both directed by himself.
His poems appeared on the Turkish Art, Culture and Literature Journal “Fayton” which was edited and published by an amalgam of dedicated local artists including Sinan Koseoglu, Bora Erdagi, Murat Kurt and Ozgur Cinar. The activities organized in “Sanat Kahvesi” (Art Cafe) run by Sinan Koseoglu in Izmit became a place for Cinar to improve his interests and knowledge on art in general, theatre and poetry. He started his professional theatre training in 1998 in the Izmit City Theatres. In 2001 he enrolled in Bilkent University where he took classes in the Department of Theatre with Specialization in Directing. In 2004 he, as a trainee, attended to the rehearsals of Shakespeare’s Hamlet directed by Georgian director Robert Sturua for Ankara State Theatres. In 2005 he assisted his professor George Antadze who directed Moliere’s Tartuffe in the Izmit City Theatres. He came to Canada in 2008 and established Negative Theatre in 2009.
contact: ozgurcinar76@gmail.com

Chara Berk is a theatre actress who was born and raised in Istanbul, Turkey. Chara trained in Istanbul at Mujdat Gezen Art Centre and Tooba Physical Theatre School in Vancouver. She has appeared on the stage in various theatre productions both in Turkey and Canada. Among her favourite shows have been A Sunny Day in the Park, Macbeth, Women Standing and Fools in Love. She performed at her first Canadian Fringe Festival in 2009 in Vancouver in Alms (A Play Without Words). Her development as an actor has seen her move through classic theatre to the more experimental forms of Mime, Mask and Buffon.
contact: charaberk@gmail.com 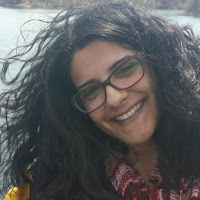 Gulden Ozcan is NT's Production Manager.
She helped produce "Diary of a Madman" (2009) and "Multinational gRape Corporations." She is currently working on the production of NT's upcoming project, "Bosphorus" (2018) and co-authoring a new play, entitled "13 Tableaux of a Precarious Worker" with Ozgur Cinar.
She has a PhD in Sociology (2017).
contact: guldenozcan@gmail.com

Composer John Sarkissian is the author of symphonic, chamber, stage, choral, vocal and solo instrumental music. Living in Canada since 2009, John has lived on three continents. He was born in Tehran-Iran into a family of Armenian emigrants from Russia. His initial music studies were with private teachers in his native city. His first compositions appeared when he was only 13. He has studied composition and piano at “Conservatorio Giuseppe Nicolini” in Piacenza, Italy, and in the United States, at UCLA, and New England Conservatory of Boston, where he received his graduate degrees. Among his composition teachers have been Shaheen Farhat, Paul Reale, Ian Krouse, Russell Steinberg, and John Heiss. His piano teachers include Sheldon Steinberg, and the legendary Canadian pianist Johana Harris, the widow of the American composer Roy Harris. He has also studied composition privately with composer John Corigliano.
contact: www.johnsarkissian.com